RockRose has non-operated interests in several producing fields in the Southern Gas Basin of the UK North Sea. Interests in Tors, Grove, and Seven Seas were purchased from Sojitz Energy in 2017 as the Company built out its portfolio of producing assets.

RockRose has several non-operated interests in producing fields in the UK Southern Gas Basin, including Tors (RockRose 15.00%), Grove (RockRose 15.00%), Galahad (RockRose 27.80%), Mordred (RockRose 8.33%), and Seven Seas (RockRose 10.00%). Tors comprises the Kilmar and Garrow gas fields, which came onstream in 2006 and 2007 respectively. They are linked to the Perenco-operated Trent Field and export gas via the Esmond Transportation System to the Bacton terminal in Norfolk. The Grove field delivers gas to the Netherlands via the Markham complex. The Galahad field and its satellite, Mordred, produce small amounts of gas and have been onstream since the 1990s. The Seven Seas gas field, operated by Spirit, is a single subsea well development that exports gas via West Sole to the Dimlington gas terminal. RockRose’s net production from these interests was 2 MMcf/d in 2018. 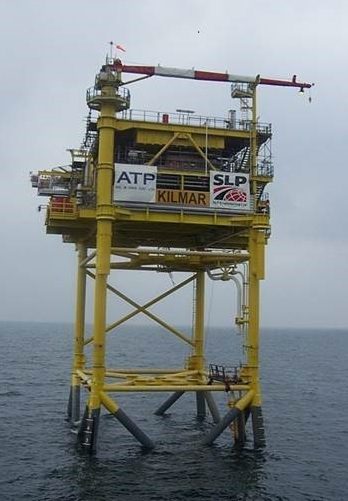